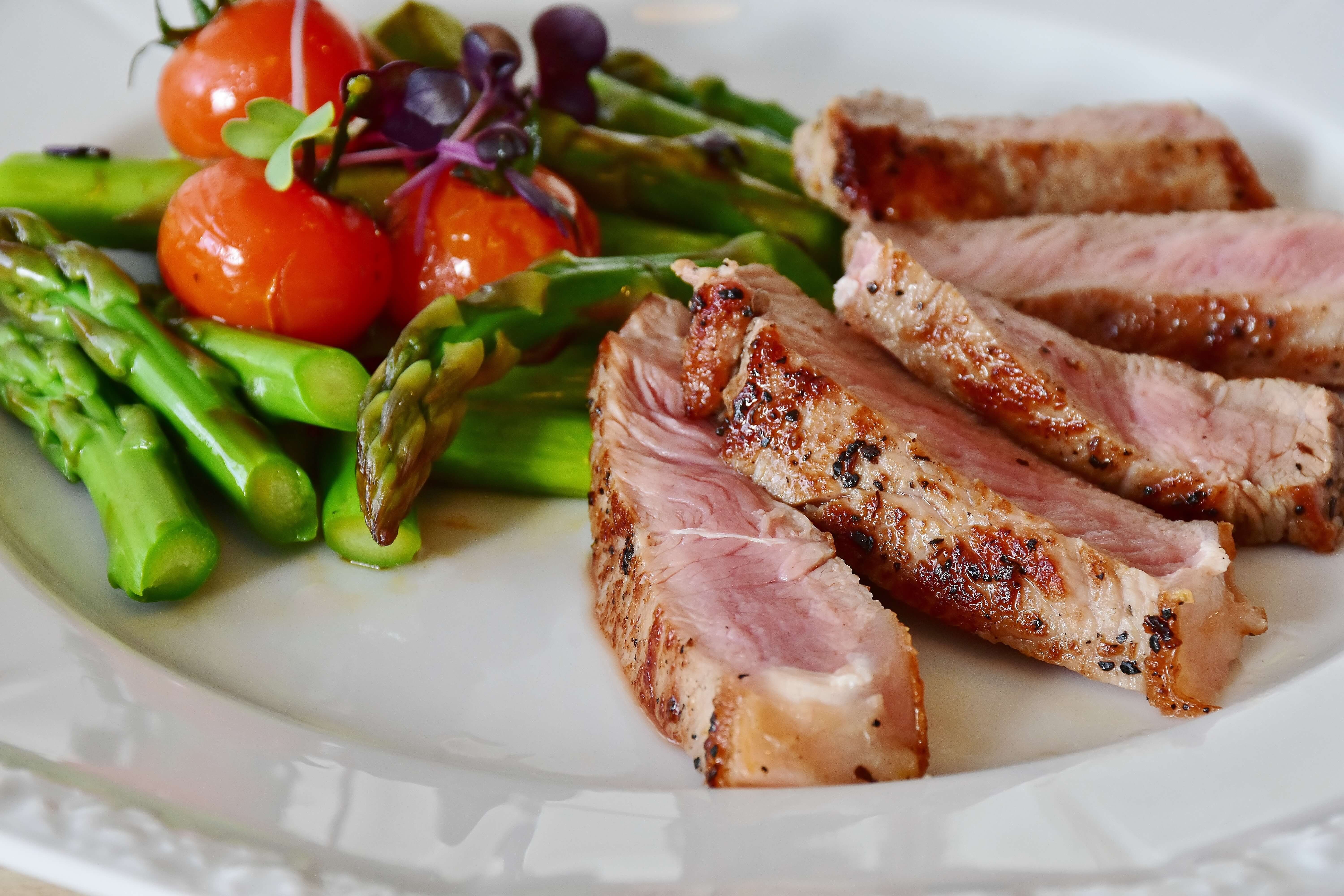 “Oh, it’s just another fad.”
“It’s too difficult to prepare simple and fast meals.”
“There’s too much protein and fat to be healthy!”

These are common beliefs about the Paleo Diet that simply are untrue and I want to tell you why.

Did you know most conventional diet advice revolves around theories unsupported by scientific research? Sadly, many Americans fall prey to clever marketing disguised as “health information.”

A good rule of thumb is that scientific research should be available to either support or dispel health facts. One of the biggest dietary myths is that saturated fat (animal fats like bacon grease, beef tallow etc.) makes you fat.

This myth is accepted generally because of intense marketing of “low-fat/fat-free” product manufactures. It is based on a faulty theory put forth about 50 years ago that animal fats lead to obesity, heart disease, high blood pressure and plaquing of the arteries.

Many would be surprised to learn that there’s no credible scientific evidence to support the idea that saturated fat consumption causes heart disease. The 50+ years of cultural brainwashing was based on small, poorly designed studies! There is a mountain of large, well-designed studies published in reputable medical journals showing that there is no association between saturated fat and heart disease like here, here, here, and here.

So, what is the Paleo Diet? To concisely put it, for 2.5 million years, early man foraged and hunted for seafood, meat, vegetables, fruit, nuts, roots, and seeds.

So basically, if cave men didn’t eat it, neither should you!

It is a bit more complex than that but in basic principle, this is the simplicity of the Paleo diet.

A few thousand years ago, humans began farming grains and raising herd animals. Completely new foods never seen in the diet like dairy and flour became the cornerstones of the human diet.

The agricultural revolution took off, and humans advanced from hunter-gatherers to farmers. Permanent cities developed and civilization flourished. This is obviously great for many reasons but the problem is, our bodies never adjusted properly to eating all the grains and sugar that is being consumed today.

With more modern times, food additives, preservatives, hormones, GMOs, antibiotics, herbicides, fungicides, and pesticides have completely changed the food we ingest. Instead of loading up on meat, vegetables and seasonal fruits, the American diet has become “dependent” upon grains – bread, pasta, rice, corn, and so on.

Today, 66% of Americans are overweight, 33% are considered obese, and those numbers continue to get worse every year!

Over consumption of grains keeps blood sugar very high, which can fuel activity, but which also more often leads to storage as fat. If high blood sugar is the rule, the fat on the body will never be touched as an energy source.

Why go to the fat stores if the blood already has a rich source of glucose? In effect, it traps the existing fat on the body frame and adds more fat each year!

Gluten is a protein found in things like rye, wheat, and barley. It’s now being said that much of the American population may be gluten-intolerant (hence all the new “gluten-free!” items popping up everywhere).

Over time, those who are gluten intolerant can develop a dismal array of allergic and autoimmune medical conditions from consuming gluten: dermatitis, joint pain, reproductive problems, acid reflux, etc.

Lectins are natural toxins which exist within grains to defend against consumption! Grains have evolved to keep themselves from being eaten and these lectins irritate and damage the gastrointestinal tract, preventing normal repair leading to long term inflammation and membrane permeability (leaky gut syndrome).

This problem is well understood in functional medicine circles but is dismissed by traditional medicine. So, with the Paleo Diet, no grains, no sugar, no processed foods.

Many studies have shown that an incredible number of diseases and lifestyle issues can be reversed with these three simple changes. Many other cultures around the world that don’t consume that same diet as Americans, don’t suffer from the high hypokinetic or the autoimmune disease rates. When compared, these populations eat more like our Paleo ancestors!

WHAT SHOULD I EAT?

Complex carbohydrates should be consumed instead of simple sugars found in grain.

Vegetables like sweet potatoes, broccoli and fruit are naturally occurring in the wild and don’t need to be processed in any way (unlike grains).

Most strict Paleo dieters avoid dairy and stick to organic meats and veggies which limits toxic chemical exposure from the diet.

A Quick Checklist: Without grains, processed foods, and dairy, the following things naturally occurring are the norm:

Meat – GRASS-FED, not grain-fed. Grain causes the same problem in animals as they do in humans. Organic avoids toxic chemicals used in the farming process.
Fowl – Chicken, duck, hen, turkey…things with wings that (try to) fly.
Fish – Wild fish, as mercury and other toxins can be an issue in farmed fish
Eggs – Look for omega-3 enriched cage free eggs.
Green/Colorful Vegetables – In their natural form or lightly cooked to preserve nutritional content, eat as many as you want.
Oils – Olive oil, coconut oil, avocado oil – think natural and restrict the polyunsaturated oils!
Fruits – Have natural sugar, and can be higher in calories, so limit if you’re trying to lose weight.
Nuts – High in calories, so they’re good for a snack, but don’t eat bags and bags of them.
Tubers – Sweet potatoes and yams. Higher in calories and carbs, so these are good for right after a workout to replenish your glycogen levels

Because these foods are so nutritious and filling, you’ll be eating satiating foods that fill you up but are not carb-calorie dense. Food cravings also diminish as nutritional needs are being met by the nutritionally dense foods missing from the traditional American diet!

Try the Paleo diet for 30 days! Most people note marked improvement in energy levels, mental acuity, weight loss, and an overall improvement in health. It’s important to give the body a full 30 days before passing judgment as an adjustment period is required.

Carbs and simple sugars are addictive! Coming off a poor diet does initially trigger withdrawal like symptoms and may take time recede.

For more information about the Paleo Diet and help instituting it in your life, please call the clinic. If you are interested in Paleo products to help ease the transition into the diet, please schedule an appointment to see the full line of Designs for Health products available.